We Now Have More than 1000 Beachfront Hotels in Australia 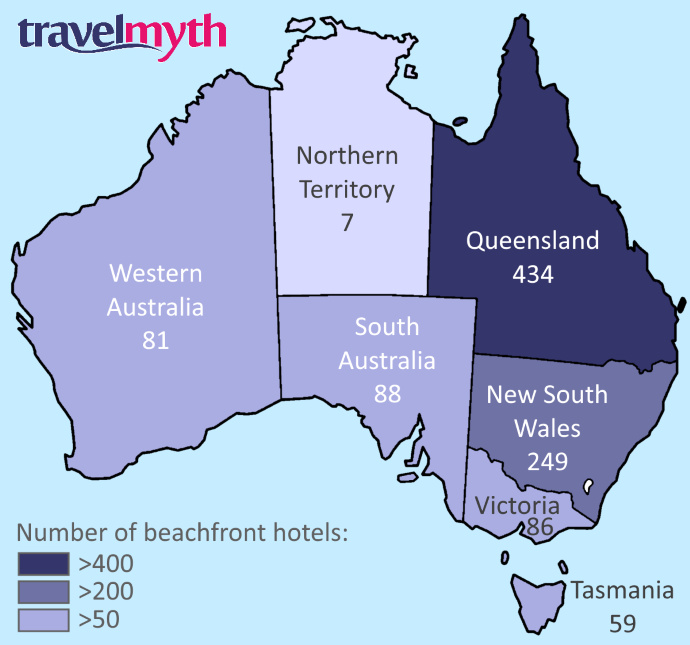 Travelmyth's quest to discover the beachfront hotels around the world continues and this time our target was Australia. Our database has been updated with more than 1000 beachfront hotels and accommodations in Australia and they are all immediately available for you to discover! And because numbers speak louder than words, here are some more details on what we have discovered to help you in your search:

The state with the most beachfront hotels is Queensland with 434 accommodations, followed by New South Wales with 249. South Australia occupies the third place with 88, closely followed by Victoria with 86 and Western Australia with 81, while Tasmania has 59.

As far as the cities are concerned, Gold Coast alone boasts 117 beachfront hotels and accommodations, thus earning its place on the top of the list. Noosa Heads follows in second place with 43, while Byron Bay and Sydney have 25 each. Next is Hervey Bay with 23, Coffs Harbour with 19 and Palm Cove with 18. Port Douglas also has 18 beachfront accommodations, while Mooloolaba follows closely with 17 and Trinity Beach and Nelson Bay with 15 each, whereas the rest of the cities have less than 15.

To refresh your memory, “Beachfront” is one of Travelmyth’s 77 category filters. This specific category of hotels is defined by its immediate proximity to a beach. Beachfront hotels may be separated from the beach by a road, but not by other buildings in between, while the beach has to be directly accessible from the hotel. The research was conducted with all hotels that are listed in at least one of the biggest online booking sites. The beachfront category currently features more than 26,000 hotels around the world with 3.7% of them being in Australia: 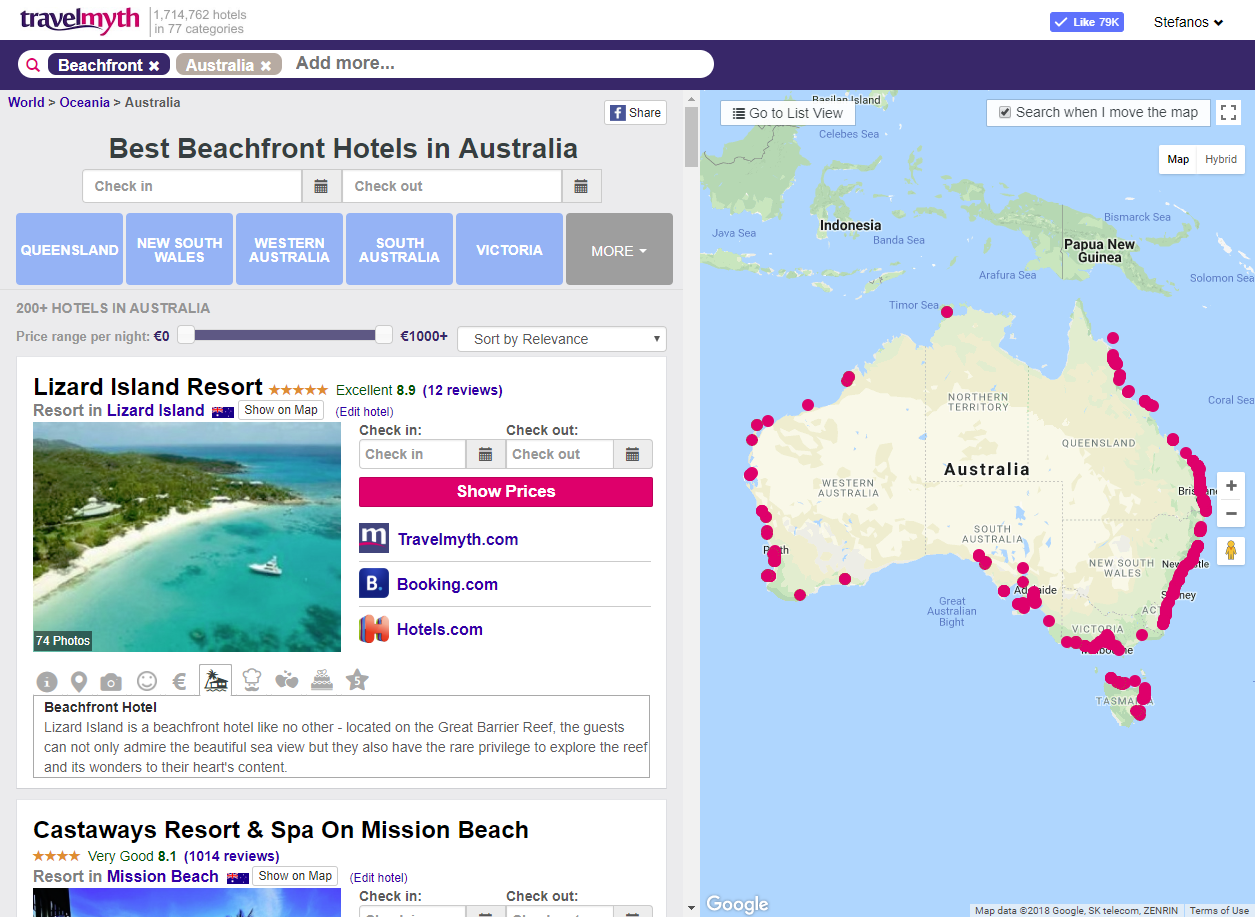