6 Haunted Hotels around Asia for a Spine-Chilling Stay 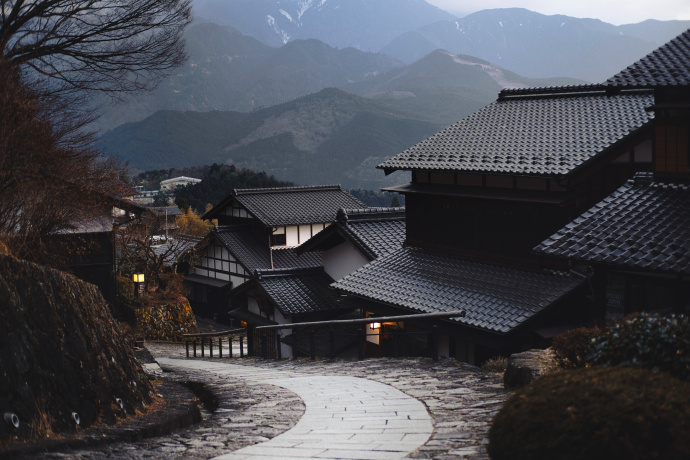 The spooky season is upon us and with Halloween only a couple of weeks away, our thoughts are filled with cosy sweaters, pumpkin spice lattes and, of course, ghost stories! Instead of simply reading your favourite book of spooky stories or re-watching ‘The Ring’ for the umpteenth time this Halloween, why not book a stay at a haunted hotel?

At Travelmyth, we love a spooky ghost story, so we have gathered 6 hotels in Asian countries that are rumoured to be haunted and present to you the eerie tales behind them. Spirits seem to abound in Asia, what with the numerous folk tales and urban legends each country has (like the Japanese Yuki-onna who freezes her victims and sucks their soul or the Thai ghost with the floating head) or the worldwide known Asian horror flicks that have everyone at the edge of their seats every time they feel like watching a truly horrifying film.


Disembodied voices, ghostly phantoms disappearing in the mist and vengeful (or benevolent, sometimes) spectres often await guests at some of these hotels, making their stay truly unforgettable and spine-chilling. Of course, most of these stories are based on rumours and urban legends, but that doesn’t mean you shouldn’t look behind you once or twice in case one of the resident ghosts decided to tag along…

Surrounded by museums and cultural centres, the Temple Street Night Market and the Jade Market, The Langham Hong Kong will offer you the most luxurious stay in central Hong Kong. Combining elegant Victorian-era British elements with works of art that reflect the culture and history of Hong Kong, the hotel is big enough to accommodate not only the living but also the dead. Some guests have reported that they have felt an eerie presence around them or heard various tapping noises next to their ears, even when they were completely alone in their rooms. One thing is for certain: you’ll never feel lonely when staying at this lavish hotel…

Rural Japan is very atmospheric and mysterious, with many of the country’s folklore and myths ready to come to life every time you walk by a rice field or Buddhist temple. That seems to be the case with Hoshi Ryokan as well, which is nestled in Tsuwano, Shimane, and is one of the oldest currently operating hotels in the world, offering traditional Japanese accommodation and a natural hot spring. According to the history behind it, in 718, a Buddhist monk spent a night at the Hakusan mountain and the mountain god visited him in his sleep, telling him about a miraculous spring with healing waters. The god instructed the monk to turn the place into a healing spot which everyone could access. After doing this, the monk entrusted this secret to his disciple, who built an inn, the Hoshi Ryokan, so that everyone could benefit from the miraculous spring.

Don’t be fooled by its colourful and flashy exterior! Resorts World Genting - First World Hotel in Genting Highlands, Malaysia, boasts more than 7,000 rooms with a casino right next door. The misty highlands are an ideal place for ghost stories and urban legends to take form, and indeed, rumours of ghostly sightings and apparitions in the area and the hotel do go around. It is said that some gamblers that had lost their money at the casino had jumped from the hotel building, and their ghosts can be seen wandering around the premises up to this day. The entire 21st floor of the hotel is also rumoured to be cursed, since the elevator appears to skip the floor quite often, while some guests who had stayed in certain rooms reported feeling sick, with the ill feeling disappearing as soon as they stepped out of their room.

This luxurious hotel is located in the lively Xinyi district, in the very heart of Taipei, the capital of Taiwan, right next to Taipei 101, one of the most famous landmarks of the city. Although Grand Hyatt Taipei offers a wide array of pampering facilities and is ideal for business travellers, it also seems to accommodate ghostly guests along with the human ones. Rumour has it that strange noises could be heard from rooms that were empty, such as toilets flushing, eerie snoring and knocking sounds in the middle of the night. The hotel is built on top of a former military warehouse, but some people believed that it was built upon a prisoner camp from World War II, which is where the haunted rumours began.

Located in Bangkok, Thailand, Baiyoke Sky Hotel is one of the tallest buildings in the city, soaring 88 floors in the sky. Despite offering spectacular views over the cityscape and luxurious accommodation in comfortable rooms, the hotel is also considered as one of the most haunted hotels in Thailand. The haunting rumours started when a worker fell to his death from the 69th floor when trying to install a billboard. Since then, guests have talked about strange sounds coming from their rooms, misplaced belongings and a chilling sensation passing them by every once a while.

Our last tale is definitely the most gruesome and horrifying out of all of them and it’s about the 4-star Hotel Presidente Macau in Macau, China. The story begins in 1997, when a man who had checked into the hotel with two prostitutes, brutally killed them and disposed of their chopped up body parts in the room’s toilet. Afterwards, guests who had stayed at this room claimed that the odour of female perfume emanated from the bathroom, while some of the beauty products of some female guests were often found in disarray. Some other guests saw a man entering the room they had just checked into, only for him to disappear into thin air without leaving any trace behind.

These are only some of the haunted hotels that can be found all around Asia. If you like a spooky challenge, then make sure to check out the rest of our collection of haunted hotels at the links below:


We and our trusted third-party partners use cookies to analyze, enhance, and personalize your experience on and off Travelmyth. Click "Accept" to consent and continue enjoying Travelmyth. Manage your preferences in your cookie settings.