10 of the Most Haunted Hotels in the World 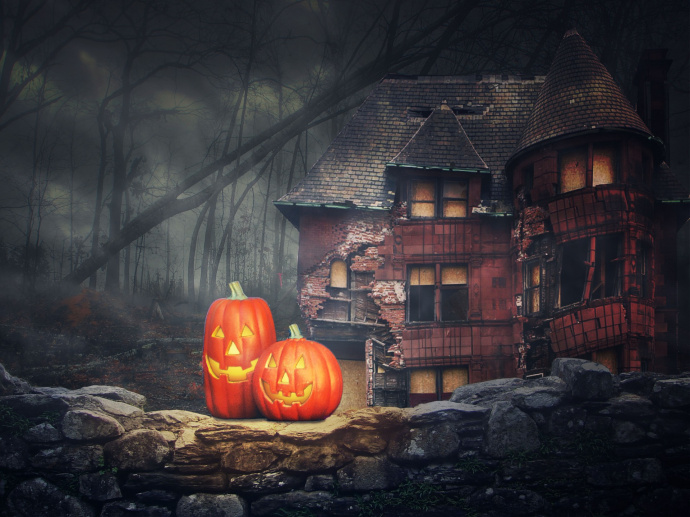 Halloween is just a breath away and we know that some of you get as excited about haunted places as we do. Whether you have already booked your spooky stay at a haunted hotel or you’re scrambling to book something at the last minute, Travelmyth is here to spark your interest and present you with 10 of the most haunted hotels around the world. From medieval castles to luxurious downtown city hotels, the bone-chilling stories behind these haunted hotels are certain to haunt your dreams and keep you awake at night.

The Langham London hotel in the United Kingdom is famous not only for its luxurious accommodation but also for its ghost "residents". Guests claim to have seen a man in Victorian attire in the room 333, as well as another one wearing military uniform that is believed to be the ghost of a German prince who committed suicide in the hotel just before WWI started. Also, the ghost of Napoleon the 3rd is believed to be haunting the basement.

Even though it’s not a spooky medieval castle, Grand Hyatt Taipei in Taiwan has been rumoured to be haunted by some wandering spirits. Many people say that it was built on the remains of a prisoner war camp, however the hotel claims to have been built on the remains of a military warehouse. The most popular tale about this hotel and its haunting is one where Jackie Chan, the famous actor, run out of his room at 3 am claiming to have witnessed some paranormal activity, and left the hotel for good. Other guest stories talk about strange noises or feeling ill upon entering the hotel.

This 16-century Irish castle is said to be haunted by its owner, the English Lord Richard Nugent, also known as the Black Baron and his daughter, Sabina. The Black Baron was a notoriously cruel lord who committed many crimes and was responsible for the deaths of many and his ghost is said to wander about the castle up to this day. As for his daughter, Sabina, she fell in love with the son of an enemy Irish chieftain and when they tried to elope, he met a tragic death. Unable to cope with his loss, Sabina starved herself in the castle's tower and her spirit is still there, waiting to be reunited with her loved one.

Q Station in Sydney, Australia, might boast a beautiful location and wonderful views, but, as a former quarantine station, it has a very dark history. Built in 1832 to quarantine early immigrants afflicted by disease, the station was a place of horror for many and is said to be one of Australia’s most haunted places. Close to 600 inhabitants died there from scarlet fever, smallpox, typhoid, cholera or Spanish influenza. Many ghost tours around the area have included Q Station in their list and the area is swarming with people hoping to witness paranormal activities and hear ghost stories as they wander around the former hospital, the morgue and the doctors and nurses' quarters.

Oxford Castle was built by William the Conqueror in 1071 and was later turned into a Victorian prison before becoming the luxury boutique hotel that it is today, and it is believed to be one of the most haunted buildings in the United Kingdom. Mary Blandy was hanged at this castle in 1752 after poisoning her father with arsenic and her spirit is said to still wander around its premises. During the Victorian era, when it served as a prison, the castle housed some of Britain's most notorious criminals and the barred windows and dungeons are just some of the reminders. Guests have reported seeing ghosts of prisoners, white-robed monks, as well as a mysterious white mist and disembodied footsteps.

One of the oldest hotels in the entire world, Hoshi Ryokan in Tsuwano, Japan, has been around for about 1,300 years! Although ghostly apparitions haven't made an appearance in the hotel recently, the very creation of the hotel can be connected to the eerie world of the spirits. In 717, a Buddhist monk spent a night at the Hakusan Mountain and the mountain god visited him in his sleep, telling him about a miraculous spring with healing waters. The god instructed the monk to discover this spring and turn that place into a healing spot everyone could access. After doing this, the monk entrusted this secret to his disciple who built an inn, the Hoshi Ryokan, so that everyone could benefit from the miraculous spring.

Located in an 18th century Arab fortress, Parador de Jaén in Spain hides quite a few ghostly secrets behind its doors. According to a guest who stayed in the castle's Room 22, he was awakened in the middle of the night by loud thuds on the door and the cries of a woman. It was later confirmed that the noises were made by the ghost of a young woman who had died of heartbreak in that very room many centuries ago. The hotel also accommodates the spirit of Terrible Lizard, a prisoner who died of starvation while being locked up in the fortress centuries ago. Most people say he is a harmless ghost, but he is believed to possess the distracted guests.

Claimed to be one of England's most haunted inns, Jamaica Inn certainly lives up to the expectations. Located in the bleak and eerie Bodmin Moor, the inn used to be a famous smuggling and pirate spot. Guests have reported hearing horses' hooves on the cobblestone paths late at night as well as strange whispering voices. This is where Daphne DuMaurier, the famous author, wrote and based her novel named "Jamaica Inn", a story about the Cornish smugglers and pirates, and as it seems her tale wasn't mere fiction after all...

A famous honeymoon resort and as romantic as its pink colour indicates, The Don CeSar in Florida, US, welcomes guests both alive and dead. Rumour has it that the hotel's founder, Thomas Rowe, who opened the hotel in 1928, still lurks around its premises, lovingly holding the hand of his beloved Lucinda since the 1970s. Who said that true love doesn't last forever?

Unfortunately, not all love stories have such a happy afterlife ending. Guests might fullheartedly enjoy the location and amenities Dr. Holms Hotel in Geilo, Norway, has to offer, but in fact it has a very tragic story to tell. In 1926, a newlywed woman caught her husband cheating on her with another woman and, heartbroken and distraught, she disappeared for 3 days. Her body was discovered in the attic of the hotel, as she had hanged herself and her ghost has been wandering around the hotel, especially in the room 320.