When Your Hotel Comes to the Rescue 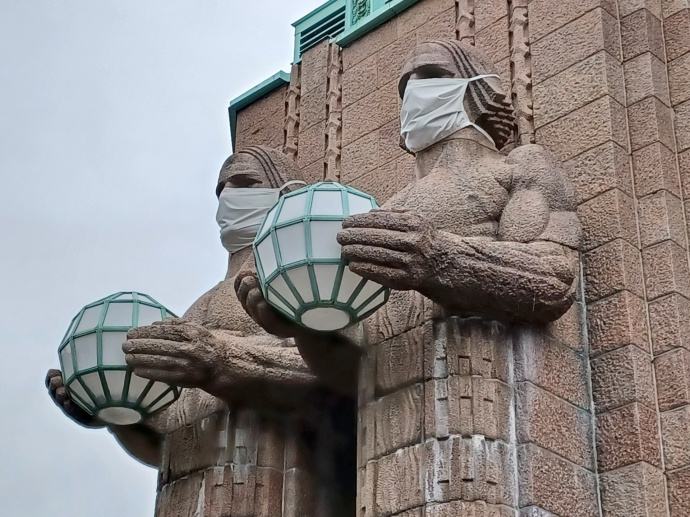 Calling a hotel a place to stay is like saying marriage is a relationship—it's certainly true, but isn't it also something a bit more than that? This post is about something beautiful that can turn out to be quite practical too, because it all goes back to finding the right hotel—which as any seasoned traveler knows is always more than just a place to stay. What I'm talking about is not the latest theatrical-looking lobby from a famous designer or hot hotel bar worthy of Sex and the City (but more about those in due course). I'm talking about the human touch and communication, things that are seldom held up as pillars of value anymore but that are actually integral to any trip that's worthy of the designation "memorable."

The havoc that the coronavirus pandemic continues to wreak across the globe has made this one of the most challenging, stressful times to travel since the outbreak of World War II. Just when you think that you've followed all the latest rules and restrictions for travel, sorted out conflicting information and packed your bags, there they go and change the rules, or maybe just one little rule, again. Now, if you fail to keep up with the Kardashians for a week or two, no one's going to mind very much. But fail to get all your papers in order for an international flight in the era of covid and not only will you be denied boarding, but your whole trip could end up on the cutting room floor, with only yourself to pay the bill.

That almost happened to me recently in Helsinki, Finland, where I was spending a couple days ahead of a transatlantic flight to the U.S.A. Under the current set of rules (subject to change!), you need to show either a negative coronavirus test or certificate of recovery for entry to the United States. And you need to have this done within three calendar days of travel. Sounds pretty straightforward, right? Actually it's not, especially if you find yourself in a foreign country that you may not be familiar with at all. In Finland, for example, they do things a little differently than in Greece, where for a previous trip I took a PCR test and the results were emailed to me the following day. I read online that you could take a PCR test for free at Helsinki Airport with the results sent within 2 days. But I didn't read the fine print (maybe because there wasn't any or maybe because it was in Finnish?) which said the results would be sent by text message, not by email. Whoops. Moreover, the second day had passed and still no message: not good.

I say whoops, because the American authorities don't just require a negative test result, they require a printed certificate that clearly indicates those results along with identification information. And I can promise anyone reading this that regardless of nationality, when U.S. Customs and Immigration has a rule to enforce, they tend to enforce it: saying "But I didn't know!" won't get you very far, and certainly won't get you across the U.S. border.

Once I realized that I had no test results and no certificate besides, and with my flight time fast approaching, I scrambled to find information online about testing alternatives—at this point my flight was less than 24 hours away. I never thought the Internet had the answers to everything and it certainly didn't now—I'm a Google ninja but nothing turned up. It looked like I was going to be denied boarding for my flight.

But wait, I thought—Vanessa! When I checked in to my room at the Hotel Lilla Roberts in Helsinki and wanted to open the windows for some fresh air but couldn't do it because they were double-paned and the first set of windows required a key, I made a beeline for the front desk and Vanessa at reception explained that most of the time guests don't open the windows, which I could understand. Finland, after all, isn't Fiji. But it was a gorgeous summery day and I wanted to let that refreshing Nordic breeze in. Not only did Vanessa tell me about the keys, she offered to accompany me and open them herself, which I thought was pretty nice. So now I darted through the long corridors—the hotel was formerly Helsinki’s police headquarters!—to the lobby to explain my predicament.

Vanessa could see I was stressed out and she immediately started tapping away at her computer keyboard, and next thing I knew she was on the phone nodding and speaking in Finnish. After a few minutes she hung up and explained that there was a place where I could get a rapid test done at the airport ahead of my flight, and that for a small additional fee they could issue the certificate I would need to present to the airline for the U.S. authorities. Armed with that information, which I emphasize I could truly find nowhere else on a sleepy weekend day in Helsinki, I made arrangements to do my transfer to the airport earlier so that I could take the test (at a site just outside Terminal 1, in case you need to know).

I guess this is a roundabout way of saying that Vanessa really rescued my trip, pulling it back from the brink of a potentially costly cancellation. I never would have received this level of personal attention at, say, an Airbnb. When you stay at someone's vacation property you are on your own, which only works when you are already intimately familiar with the destination. Otherwise and despite what any Airbnb cheerleader (are there any?) will tell you, those kinds of stays are really a roll of the dice. Heck, I once even did an Airbnb that required a police intervention in Cyprus—true story, but maybe for another day!

But what I loved about my interaction with Vanessa, other than the vital information that as a local and hotel professional she instantly summoned, was the reminder that a big part of travel is indeed communication and meeting people along the way (even with a mask on). This hotel encounter helped convert what could have easily been a nightmare into a mini-adventure. Yes, it would be better to not have to worry about covid tests and international entry requirements, but at least I knew where to go, and I saved some time too. Anyway, the Lilla Roberts is now officially my favorite hotel in Helsinki. Elegant design, great breakfast (best raspberry jam ever), central location, Vanessa... but if you fancy a hotel with spa, well, there's a place for that in Helsinki too...